We start guided tours on weekends and we organize tailor-made groups to discover the Civil War refuge, the medieval winery, the art centre and the surprising garden of the old factory.

Valencia, December 2021. - Learn and enjoy sharing. This is our objective with guided tours  of the old Bombas Gens factory, where the Fundació Per Amor a l'Art (FPAA) recovered the  historical shine of the architectural complex, from the Middle Ages to the present, when it  inaugurated this sociocultural space in 2017.

After several years open, guided tours of the old Bombas Gens factory are restarted after the  pandemic. Turiart will guide the route with all its stories and curiosities, also accessing all the  scenarios of the historic complex in the same visit.

For the welcoming presentation guided tour of the Center it is proposed to make groups of  visitors of a maximum of 20 people. The planned languages will be Spanish, Valencian and  English. On request the service could be offered in French, Italian or German.

The scheduled duration of the regular visits is 50 minutes with up to two groups at the same time.

For the first time "it will be possible to see and explain the complete installation and not in  isolation as it had been doing before" explains Elisa Maldonado, deputy director of the FPAA,  who adds: "Christmas is a good time to discover with family (or friends), learn and enjoy a  unique space in Valencia".

During the visit we will know these surprising spaces:

Related to two artistic movements: the Romanticism-Modernism of the building and in the  Site group (Sculpture in the environment, whose motto is that art and architecture nourish  each other) of the 70’s and as for the vegetal palette, inspired by Alfonse Mucha (4 stations), Mediterranean version. It is a lively, cheerful, colorful garden. Whose composition of  woodland and shrubs creates tensions and drama.

The tree of three types: citrus (orange, lemon), exotic (jacaranda, ficus, Jupiter tree) and  Valencian secano (carob, olive, pomegranate). The garden presents a pavement of seen  continuous and adaptable like the architectural ensemble. Benches made with reused ashlars  from the old factory. Site-Specific work "through" by Cristina Iglesias depicting two curved  ditches in reference to the Turia river, in whose background have been sculpted intertwined  roots of bronze bas-reliefs.

"From the Foundation we believe that those who are lucky enough to be able to give, we also  have the responsibility to share. And to share intelligently you must coordinate efforts, connect  people and collaborate... And this works to share anything: to share time, resources,  knowledge, research, affection, art, care and attention to the disadvantaged. The Foundation has different areas that encompass all this. And we want to share them with you" explain both  the president and the vice president of the Fundació Per Amor A l'Art, José Luis Soler and  Susana Lloret. 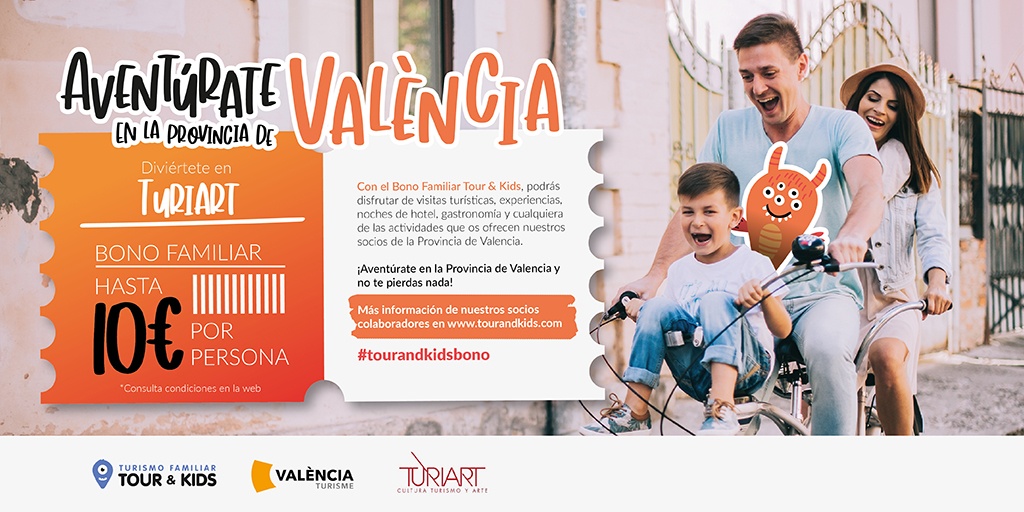 Family tourist voucher with discounts in the province of Valencia 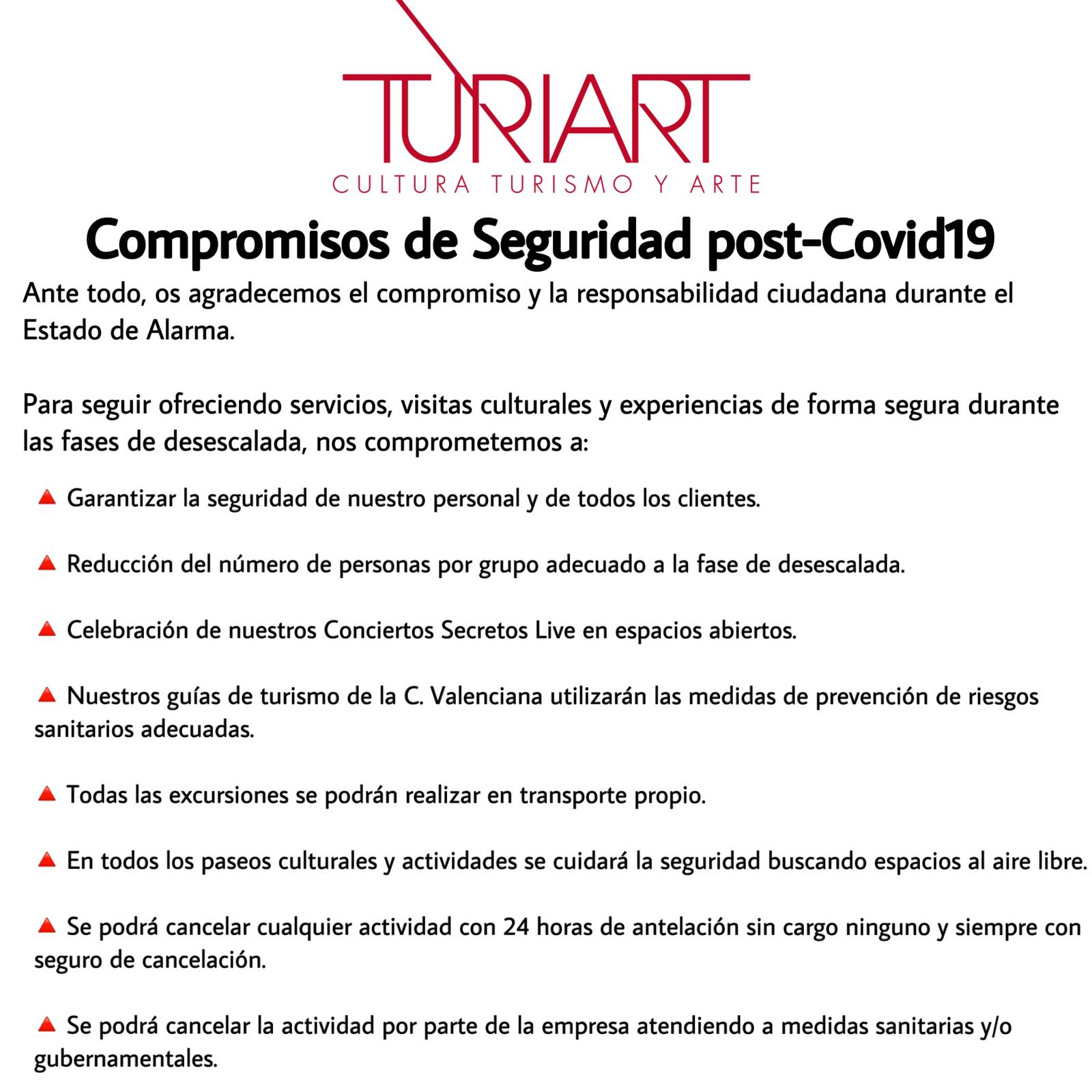 Turiart is committed to post-Covid19 safety